EVER since the anticipated release of Meghan Markle and Prince Harry’s new Netflix series, fans have been eager to have their say.

But one thing has had them talking more than most – the couple’s son Archie’s accent.

Meghan and Harry’s first-born child Archie, who is three years old, can be heard speaking for the very first time during the first three instalments of the fly-on-the-wall documentary.

In a sweet scene, doting dad Harry, 38, can be seen standing with his toddler son on what appears to be a patio in their home in Montecito, USA.

As 41-year-old Meghan captures the family footage of the father and son duo watching nearby hummingbirds, they have a quiet conversation.

Keen bird watcher Harry tells his little boy: “We won’t get a chance to be this close to hummingbirds ever again.” 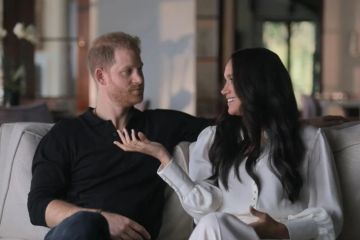 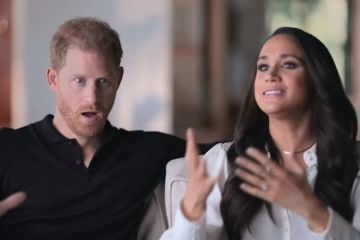 Harry then urges him to be quiet so that they can enjoy the wildlife together.

He interrupts the quiet, turns to his parents and exclaims: “I’ve got a dirty foot mama because I was with you!”

His adorable outburst leaves his parents in fits of laughter, as Meghan says: “You’ve got a dirty foot, sweetheart.

“Papa is a birdwatcher so this is a really big moment for him.”

The moment also entertained TV viewers, who were quick to pick up on Archie’s voice.

After saying how sweet the little boy was, they also…