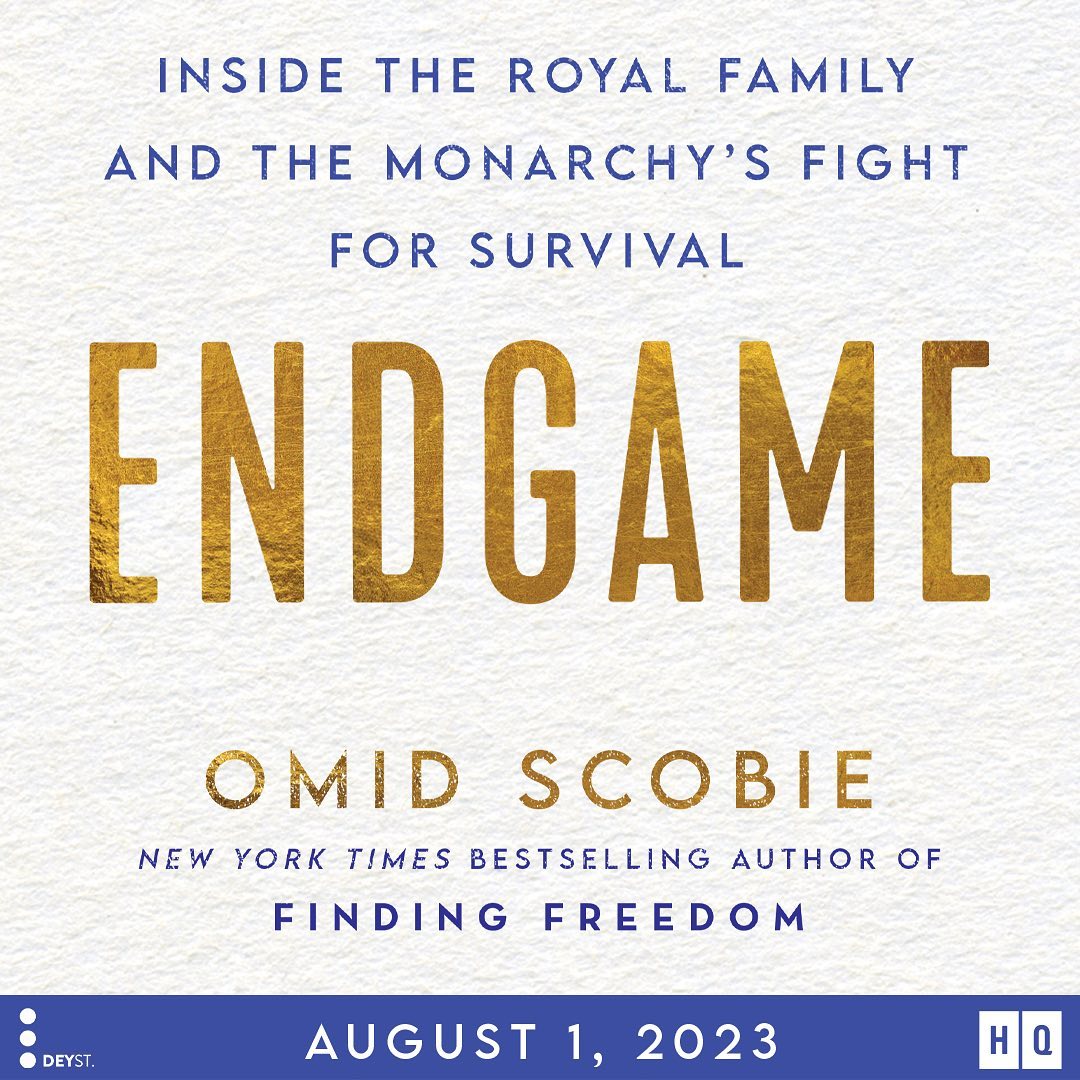 As I watched Netflix’s Harry & Meghan Volume 1, what I kept thinking was “wow, Finding Freedom got a lot right.” FF was written by Omid Scobie and Carolyn Durand, and it was basically the only “royal book” in the past five years which was nice to and about the Duchess of Sussex. FF included a lot about Prince Harry and Meghan’s courtship and engagement, and yes, the book got a lot right. FF was also a huge success in the publishing world, staying on the bestseller lists for weeks/months.

We’ve known for months that Scobie was authoring a solo follow-up to FF. Back in August, he promised that the book would have the world talking and that he had deep sources within Windsor World. On Tuesday, he announced the book cover, book title and publication date. Omid chose violence with this!!! ENDGAME!!!!

ENDGAME: Inside the Royal Family and the Monarchy’s Fight for Survival TO BE PUBLISHED GLOBALLY ON AUGUST 1, 2023

“On September 8, 2022, the world stood still as news broke of Queen Elizabeth II’s passing. Her death dismantled the protective shield around the world’s most famous family and saw a long-simmering crisis of confidence in the British monarchy begin to resurface. Now, with unique insight, deep access and exclusive revelations, journalist Omid Scobie pulls back the curtain on an institution in turmoil—exposing the chaos, family dysfunction, distrust and draconian practices threatening its very future. This is the…