Did Meghan and Harry have dance lessons ahead of their first dance?

A body language expert has suggested that Meghan and Harry may have practised their ‘swirling’ dance moves ahead of their big day.

Footage and photographs of the couple’s routine to Land of a Thousand Dances by Wilson Pickett have been released in their new Neflix trailer, teasing the next installment of their series, which is released on December 15th.

Body language expert Judi James said: ‘It doesn’t look like a dance was “off the cuff”.

‘She’s a very elegant bride in low cut dress and so she would not have wanted to be causally thrown around the dance floor. It could have been an absolute disaster if not practised.’

Scroll down for video 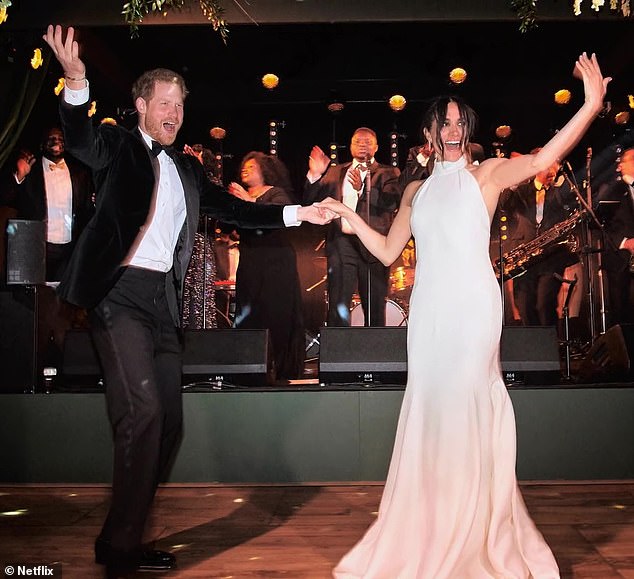 Meghan and Harry showed off their dance moves to Land of a Thousand Dances, by Wilson Pickett in new photos released in their latest trailer for their Netflix series Harry and Meghan 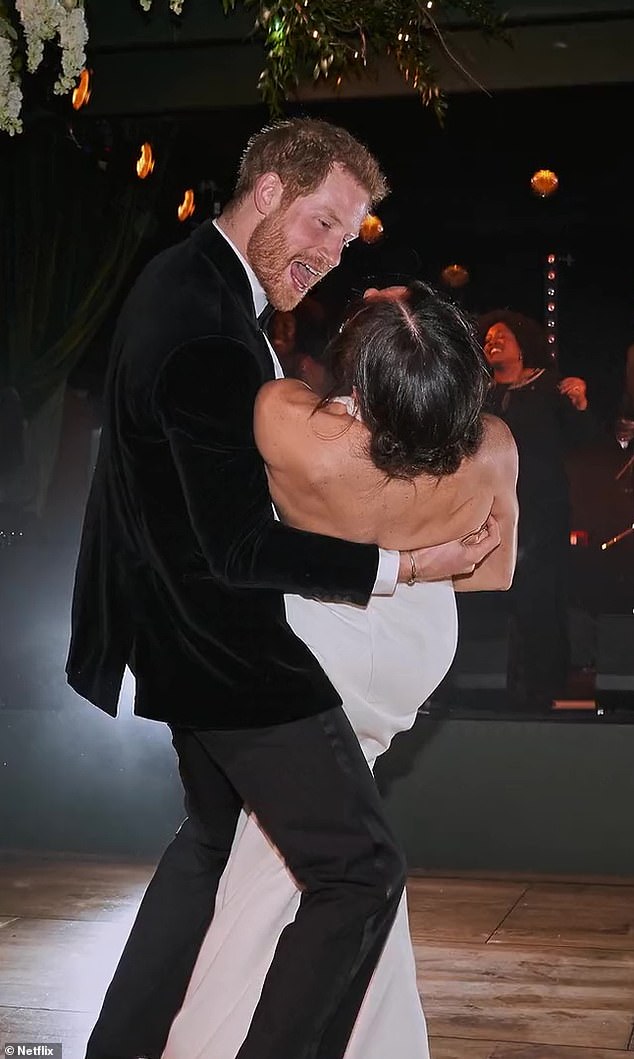 The fact Harry was cradling Meghan during parts of the dance suggested he was putting on an ‘alpha display’ with his new bride, James suggests 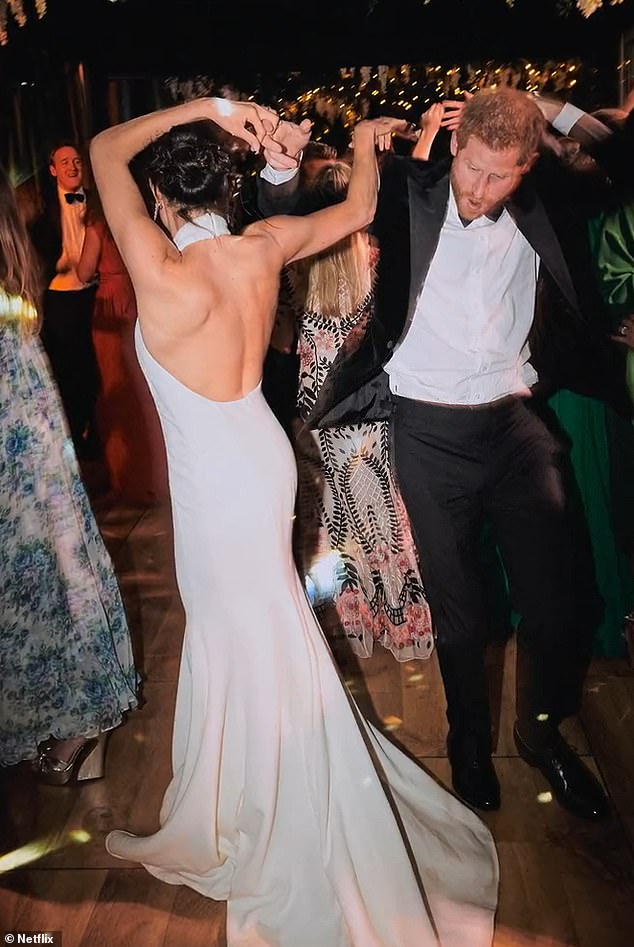 Complicated! The couple had some slick moves during the dance and were clearly focused on having fun and a good time – and may have practised beforehand

Judi, who has previously discussed how frustrated Harry looked in the first three episodes of their Netflix series, said that there were a lot of complicated moves the couple showed off – and that Harry gave his all.

She said: ‘He is putting himself in there 200 per cent – even when they pull apart. He is almost dad dancing, with his bum…