PRINCE Harry wanted to bring son Archie up “running barefoot in Africa”, a close pal of the royal has claimed.

Acclaimed primatologist Dame Jane Goodall has revealed the Duke of Sussex, 38, wanted his son, now three, to live in the continent, along with his wife, Meghan Markle.

She said: ”‘He wanted to bring Archie up in Africa, running barefoot with African children.”

Harry and Meghan now have a daughter, Lilibet, aged 17 months as well.

In 2019, plans were revealed by The Sunday Times that courtiers had devised a plan to hand the Duke and Duchess a major international job that would have seen them move abroad after the birth of Archie.

The prince’s advisors were believed to be working on a “bespoke” role for the couple, most likely in Africa, that would mix some work on behalf of the Commonwealth with charity work and a role promoting the UK. 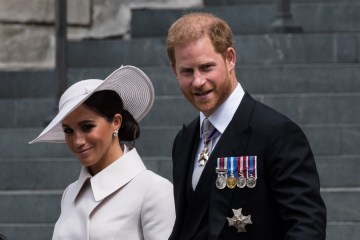 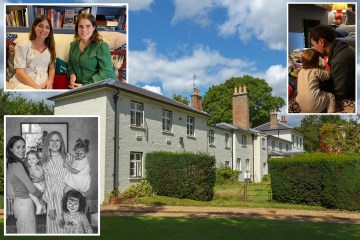 Former British ambassador to the US, Sir David Manning, who was also special adviser on constitutional and international affairs to both Harry and Prince William, is thought to have drawn up the plan.

The plan though never saw the light of day and the couple moved to North America before quitting royal duties.