Sailing sport has previously been halted within personal memory, both by world wars and more locally-based hostilities. And we don’t have to go very far beyond living individual recollection to gauge how the lingering effects of Spanish Flu in 1919 hampered the revival of sailing at the time, which already had its key active crewing numbers severely depleted by the appalling losses of World War I from 1914 to 1918.

Yet in assessing how Irish sailing emerged in 2022 after more than two years under the severely restricting regulations of the COVID Pandemic, it may seem almost frivolous to be drawing comparisons with the longterm ill-effects of total war on the resumption of recreational activity of any kinds.

But in doing so, we remind ourselves that even the most limited sporting and recreational activity can play a vital role in any community’s general well-being and morale. This was particularly so in 2019 to 2022, for the Lockdowns came in the midst of what had been our Era of Plenty. We had become accustomed to total freedom of movement, with a widespread choice of active and often very sociable participant sports . Yet we found ourselves being restricted, in multiple and often tiresome ways, with the hidden but very real added risk of serious infection needing to be considered at every turn. 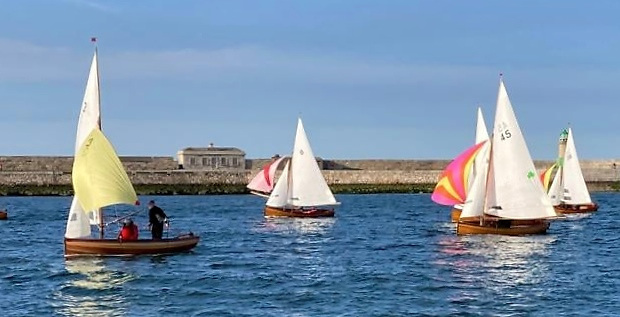 When Pandemic restrictions were eased from time to time, the well-organised setup under the Dublin Bay SC umbrella enabled racing to take place. Although parts of their…