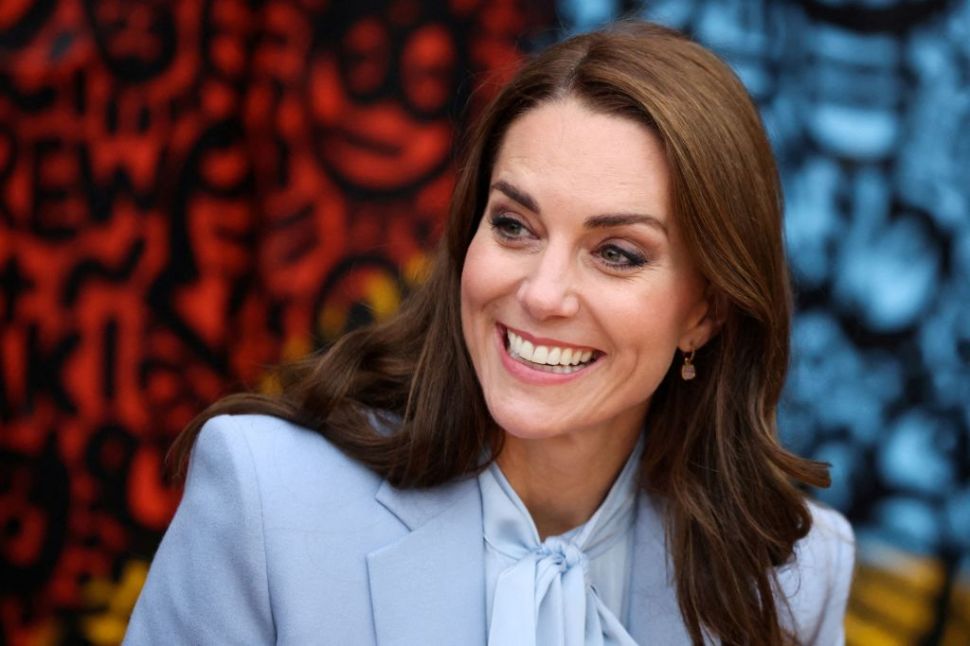 The Prince and Princess of Wales made a surprise trip to Northern Ireland today, marking their first appearance in the country since the death of Queen Elizabeth II. Prince William and Kate Middleton are only in Northern Ireland for one day, but will be attending a series of engagements with community organizations during the short trip.

They began at a suicide prevention charity in Belfast, and then headed to Trademarket, an outdoor market also in Belfast, where the duo had a little cocktail competition. Finally, they stopped in Carrickfergus, at the Carrick Connect charity.

For the occasion, Princess Kate opted for a fully blue ensemble; she paired navy trousers with a sky blue silk pussybow blouse from Winser London, and looked inside her own closet for a repeat coat, as she wore the pale blue, single breasted tea length topper that she first sported this past June, when attending the unveiling of her and Prince William’s first official joint portrait in Cambridgeshire. Prince William got the blue memo, too, as he wore a blue sweater, navy jacket and matching pants.

The Princess of Wales accessorized with Gianvito Rossi navy suede, pointed-toe pumps (the same shoes she wore yesterday, on another surprise visit to the maternity…