Duchess Camilla Has Dig At Prince Harry and Meghan Markle's Children, Archie And Lilibet - 'You Can See The Pleasure,' Says Step-Grandmother - Royal Meg

Duchess Camilla Has Dig At Prince Harry and Meghan Markle’s Children, Archie And Lilibet – ‘You Can See The Pleasure,’ Says Step-Grandmother 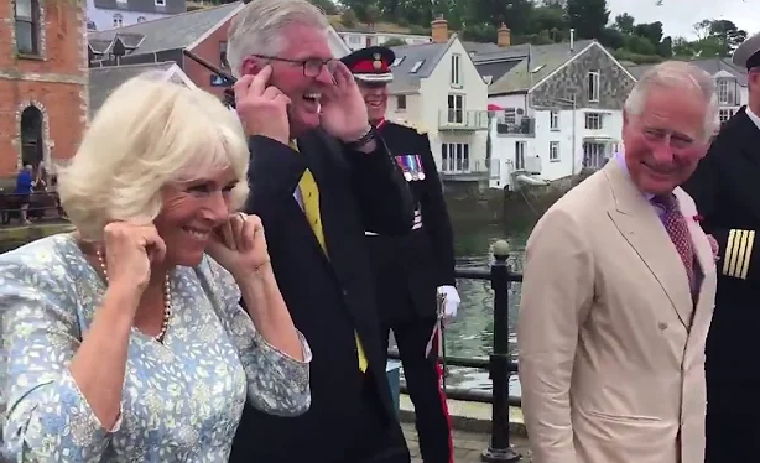 Duchess Camilla took a dig at Prince Harry and Meghan Markle’s children Archie and Lilibet when she referred to her step-grandchildren.

Camilla, for her part, was speaking about her step-grandchildren as she was hosting a book club on Instagram. During the course of that process, Camilla expanded on some of the things that she managed to learn from them.

As she did so, she touched upon the influence of Prince George, Prince Louis and Princess Charlotte with no mention of any other step-grandchildren (Archie or Lilibet).

In her comments, she said: “You can see the pleasure these listeners get from listening to children – it’s the highlight of their week.

“Well, what’s so lovely about being a grandmother, they teach you things and hopefully they learn a few things from us.”

While there was no denying that Camilla had a lot of time for them, it is also important to remember the role of Archie and Lilibet.

After all, Camilla was alleged to have met Lilibet alongside Prince Charles during Harry and Meghan’s return to the UK for Queen Elizabeth’s Platinum Jubilee.

However, the response from Charles and Camilla in the aftermath has hardly been enthusiastic. Reports indicated that the revelation of Charles’ meeting with Lilibet was leaked to draw attention away from his Qatari cash scandal.

Meanwhile, Camilla has spoken so fondly about her three step-grandchildren on so many occasions in the past when mentioning Charles’ role…