As his royal tour to Jamaica with Kate is increasingly overshadowed by a toxic row over local calls for reparations to compensate for British colonialism (yawn), it’s the words of his own sister-in-law being weaponised against the Royal Family.

In fact, Meghan Markle’s pack of lies to her nodding BFF Oprah Winfrey suggesting the monarchy is a racist institution and casting doubt on its senior members is now providing a significant boost to the fast-moving republican cause in Jamaica at the worst possible moment.

For all their talk of believing in and loving the Commonwealth pre-Megxit, Harry and Meghan have become the pin-ups for its destruction.

This was always the concern of senior courtiers when Meghan’s claim to Oprah about a so-called unnamed ‘royal racist’ who asked about her unborn baby’s skin colour went unchallenged: Republicans across the Commonwealth would try to use the claims to bring the Queen’s reign to an end in the monarch’s twilight years.

That’s exactly what’s happening – and campaigners are using the media attention around William and Kate’s trip to inflict maximum damage. 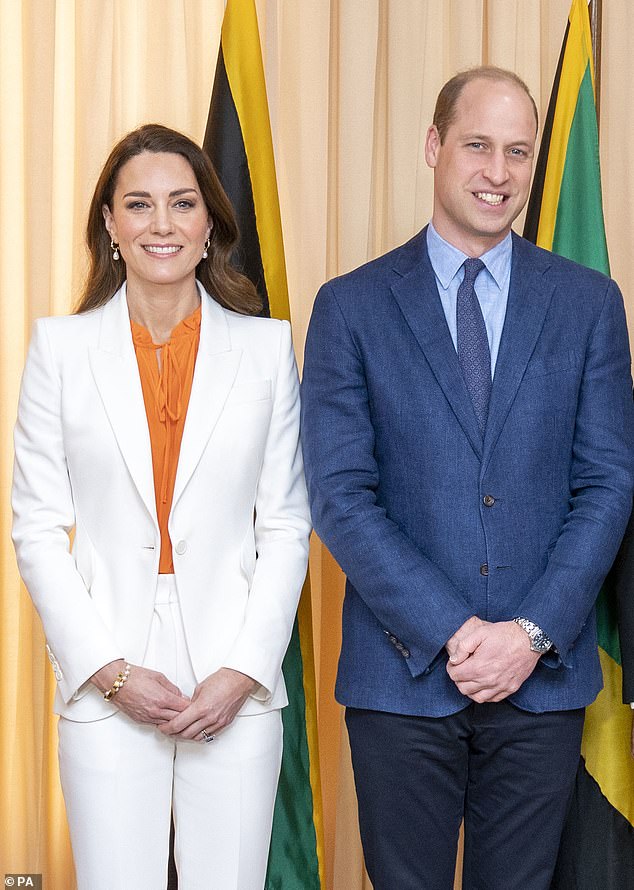 The Duke and Duchess of Cambridge during a meeting with the Prime Minister at his office in Kingston, Jamaica, on day five of their tour of the Caribbean on behalf of the Queen to mark her Platinum…

THE WAY Meghan CONTROLS Harry! Duchess Uses SECRET SIGNAL To Tell Haz To SHUT His MOUTH Up IN PUBLIC