The Duchess of Sussex won the latest stage in her privacy lawsuit against a British newspaper on Thursday, when three senior judges ruled its publisher breached her privacy by reproducing parts of a letter she wrote to her estranged father. 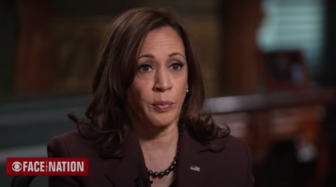 The duchess formally known as American actress Meghan Markle said the Court of Appeal ruling was a victory of “right versus wrong.” She issued a call to “reshape a tabloid industry” that has long been the bane of both celebrities and British royals.

Losing claimant Associated Newspapers said it was considering an appeal to the U.K. Supreme Court.

Britain’s High Court ruled in February that the publisher of The Mail on Sunday and MailOnline website unlawfully breached Meghan’s privacy with five articles that reproduced a large chunk of a handwritten letter she sent her father, Thomas Markle, after she married Prince Harry in 2018.

The publisher appealed, and a hearing was held last month. Dismissing the appeal, senior appeals judge Geoffrey Vos said Thursday that “the Duchess had a reasonable expectation of privacy in the contents of the letter. Those contents were personal, private and not matters of legitimate public interest.”

In a statement, Meghan, 40, said the ruling was “a victory not just for me, but for anyone who has ever felt scared to stand up for what’s right.”