Prince Harry and Meghan Markle have left their young children Archie and Lilibet at home in Los Angeles as they jetted off to New York for a long weekend.

The Duke, 37, and Duchess of Sussex, 40, are currently living in their $14 million mansion in California with their two-year-old son and three-month-old daughter, having stepped back from royal duty last year.

The royal couple’s break in New York, which is believed to be at least three days, is the longest time the Duke and Duchess have spent away from their daughter Lilibet since she was born in June.

It is unknown who is caring for Archie and Lilibet while Prince Harry and Meghan visit New York, although the Duchess’ mother Doria has been helping out the couple with childcare in recent months. 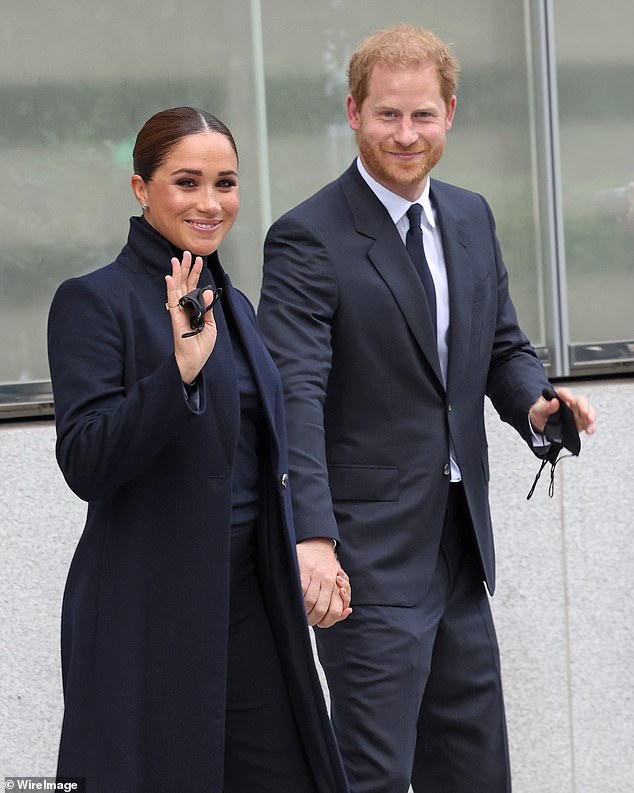 Prince Harry, 37, and Meghan Markle, 40,  have left their young children Archie and Lilibet at home in Los Angeles as they visited New York for a long weekend

The break in New York is the longest either Prince Harry or Meghan has been able from their daughter Lilibet.

The couple welcomed their baby in June, with the Duke flying back to the UK for a flying visit to unveil his mother Princess Diana’s statue at Kensington Palace just a month later.

However before Lilibet was born, Prince Harry and Meghan had left their son Archie on several occasions.

Three days after Archie was born in 2019, the Duke travelled to The Hague to launch the one-year countdown to the Invictus Games 2020.

And when the couple travelled to London for…