By Hayley Richardson For Mailonline

The Duchess of Sussex, 39, appeared behind her husband in their $14m Santa Barbara mansion dressed in the £27 top which bears the slogan ‘raising the future’.

The hipster brand specialises in clothing for mothers – aka ‘mama merch’ – and is ‘dedicated to celebrating sisterhood and empowering mums’.

The T-shirt’s description on its website reads: ‘However you choose to do it, whatever your parenting choices, we’re all doing it. The greatest and hardest job you’ll ever have.’ 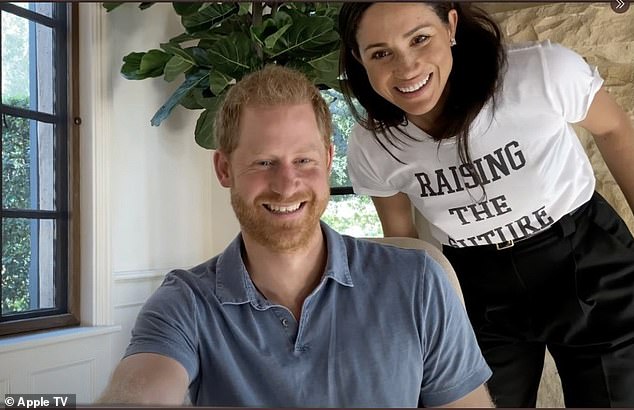 The Duchess of Sussex, 39, appeared behind her husband dressed in a £27 top by British designer Mere Soeur which bears the slogan ‘raising the future’