Jodie Turner-Smith has revealed she feels Meghan Markle ‘could have modernised the royal family‘ and said the monarchy is ‘limiting’ and ‘archaic’.

The British actress, 34, who is the first black woman to take on the role of Anne Boleyn in the new Channel 5 series, said she is not a ‘monarchist’ in a new interview.

Speaking about Meghan in an interview published in The Telegraph, Jodie said: ‘It was a terrible missed opportunity, the way in which it was not allowed to be something that really modernises that institution, and to change it to something for the better. I think that’s why there’s dysfunction there.’

Meanwhile the actress also revealed she ‘understood’ the choice to cast her as Henry VIII’s wife was ‘polarising’, saying: ‘It was an opportunity for me to bring my individual identity to this and distil it down to a human story, as opposed to a story that’s about whiteness or class 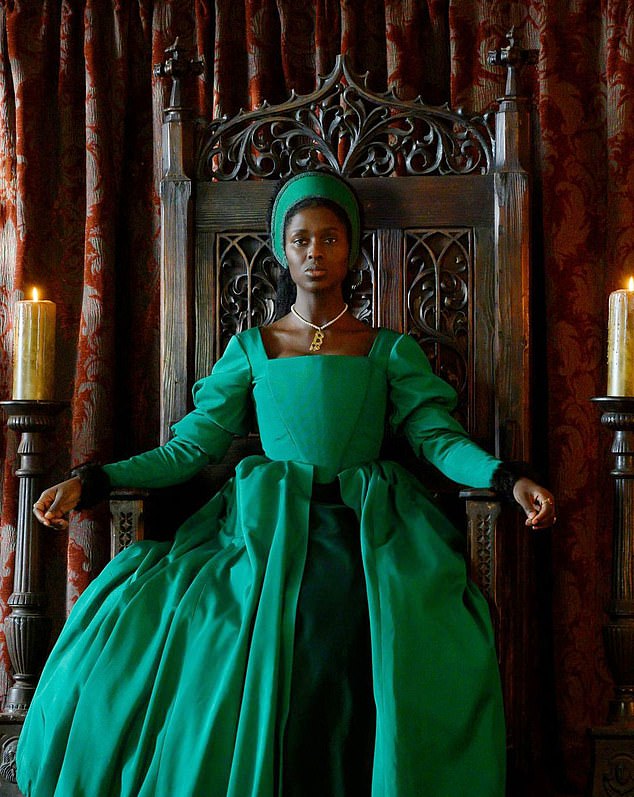 Jodie Turner-Smith, 34, who is set to play Anne Boleyn in a new drama series coming out this month, has revealed she feels Meghan Markle ‘could have modernised the royal family’

Speaking about the monarchy, she said: ‘We have to look at things in a modern context. And only then we will recognise that certain things are archaic, and don’t really serve us as a community and are limiting us.

‘I think we should keep those things in stories and move on to something else in reality.’