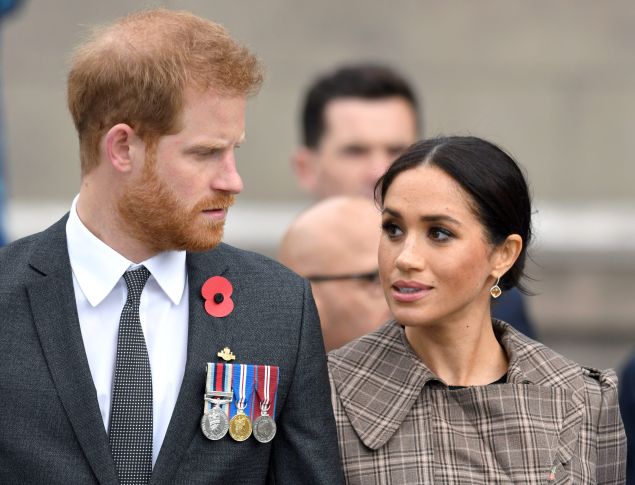 Prince Harry opened up about his and Meghan’s new life in California.

Both Prince Harry and Meghan Markle have spoken out about how the tabloid press has had a negative impact on their mental health. The Duke and Duchess of Sussex are now living in Montecito, but the aggressive media attention didn’t stop once they relocated across the pond. During a candid conversation on Dax Shepard’s ‘Armchair Expert’ podcast, Prince Harry said that after he and Meghan first moved to California, the paparazzi pounced upon their family in a “feeding frenzy.”

Before Prince Harry and Meghan bought their home in Santa Barbara, they temporarily lived at Tyler Perry’s Los Angeles mansion, and experienced serious privacy issues. “The helicopters, the drones, the paparazzi cutting the fence—it was madness,” Prince Harry said. “The people out here, their response was, ‘well, what do you expect if you live in L.A.?’”

Prince Harry pointed out that just because he’s a public figure doesn’t mean he isn’t entitled to any privacy, and also noted that he and Meghan didn’t actually intend to live in Los Angeles; it was always meant to be a stop along the way while they prepared to buy a home.

Prince Harry said that the situation has been “way better” ever since he and Meghan moved to Santa Barbara, but expressed his anger…