Malaysian police arrested an artist on Friday for allegedly insulting the queen by posting a satirical playlist online.

The playlist riffed off a recent controversy over the royal family and coronavirus vaccines.

The artist was detained for uploading a playlist featuring a portrait of the queen and songs that included the word “jealously,” senior police official Huzir Mohamed said in a statement.

Spotify censored the playlist and deleted it repeatedly, according to Fahmi Reza.

He said on Twitter that he then uploaded it to Apple Music.

What are the details of the case?

Fahmi was being investigated for breaking Malaysia’s sedition and communications laws. He faces up to three years if convicted under the act, Huzir said.

“Tough action will be taken without any compromise against anyone who intentionally threatens public security,” the police official added.

The artist is set to be released later on Saturday, according to media reports citing his lawyers.

Fahmi is best known for a cartoon depicting former Prime Minister Najib Razak as a clown, which became a symbol of protest in 2018. 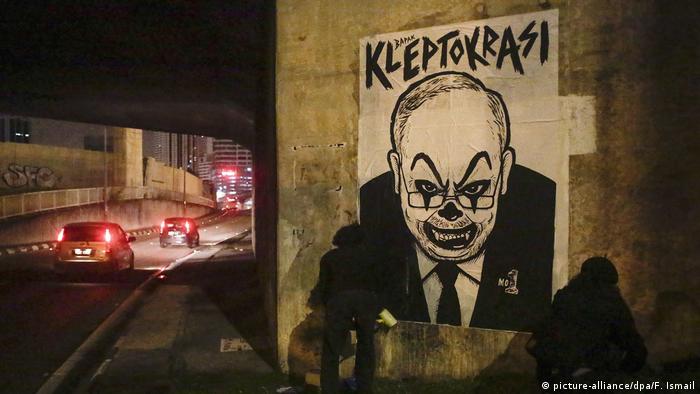 Why is the playlist ‘insulting’?

According to local media reports, allegations that members of the royal family have received coronavirus vaccines through their connections in the United Arab Emirates sparked backlash.