What did Aldi know: Supermarket’s new ‘Where are the Royal Family’ book eerily puts Duke and Duchess on the outer … as one other high-profile member is brushed

The front cover of a fun new book about the Royal family has sparked controversy among Australian shoppers.

The controversial placement of Prince Harry and the Duchess of Sussex Meghan Markle on the cover of the book spotted on the shelves of supermarket discount chain Aldi has sparked an online meltdown.

The sought-after book now being hailed as a collector’s item comes in the wake of the couple’s tell-all explosive interview with Oprah Winfrey which sparked worldwide headlines last Monday.

The $4.99 book titled ‘Where Are The Royal Family’ follows the format as the much-loved Where’s Wally’ children’s series, where readers are tasked with finding members of the British monarchy in ‘hilarious scenes’ within the book.

But it’s the front cover that has eagle-eyed shoppers talking, where Prince Harry and the Duchess of Sussex were omitted from the group of senior royals pictured together in the centre. 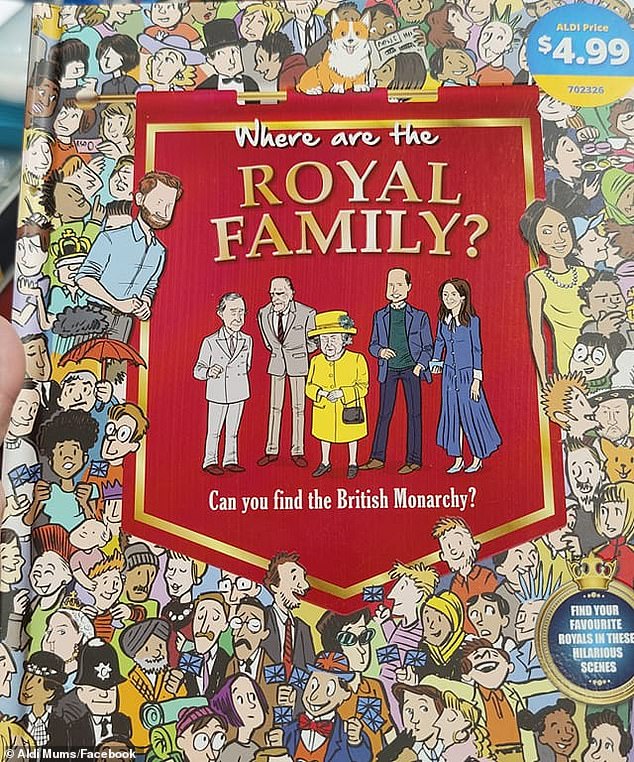 New Photos of Archie with Meghan Markle and prince harry on 4th of july in Jackson hole Wyoming.