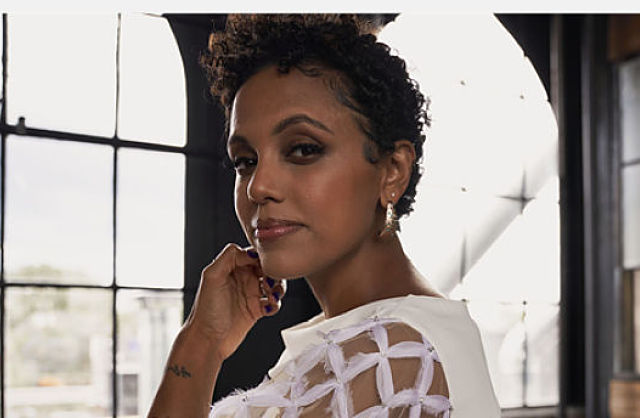 Weyni Mengesha is the director of the show “Duchess! Duchess! Duchess!,” which is produced by Chicago’s renowned Steppenwolf Theatre Company. The play starts streaming online this coming week at steppenwolf.org/now. According to Leelai Demoz, Steppenwolf’s associate artistic director and the project’s lead producer: “Scripts as short as [this] aren’t staples at major U.S. theaters. But Steppenwolf Now [their newly launched digital platform], a response to the pandemic, allowed for format inventiveness.” (WaPo)

Images of two duchesses linger in playwright Vivian J.O. Barnes’s mind: Meghan, Duchess of Sussex, standing at a lectern, with a portrait of Queen Elizabeth II looming behind her. Catherine, Duchess of Cambridge, looking glamorous soon after giving birth. The appearances by Meghan Markle and Kate Middleton — as the titled women are better known — intrigued Barnes all the more because, at least in memory, they were voiceless.

“I can remember how they looked, but I can never remember anything I’ve heard them say,” she says.

Reflecting on those missing words — and on Meghan’s experience as a biracial woman joining a hidebound, traditionally White institution — Barnes wrote “Duchess! Duchess! Duchess!,” a short play that imagines a private conversation between a Black royal and a Black royal-to-be. The play, which was filmed in a no-contact shoot by Chicago’s renowned Steppenwolf…