Queen’s wreath rejection ‘wounded’ Harry: Friend reveals Duke was ‘deeply saddened’ that monarch blocked his Remembrance Day request to have tribute laid on his behalf at the Cenotaph

By Kate Mansey For The Mail On Sunday

When the Queen blocked Prince Harry’s Remembrance Day request to have a wreath laid on his behalf at the Cenotaph last year, it sparked a chain of events that would eventually culminate in the couple’s tell-all Oprah interview.

One source told The Mail on Sunday that Harry felt deeply wounded by the decision, finding it another glaring example of being pushed away by the Royal Family.

It has also been reported that Harry was said to be ‘deeply saddened’ that his ten years of service with the military were not taken into consideration.

‘His military work is one of the most important things to him,’ a friend said. 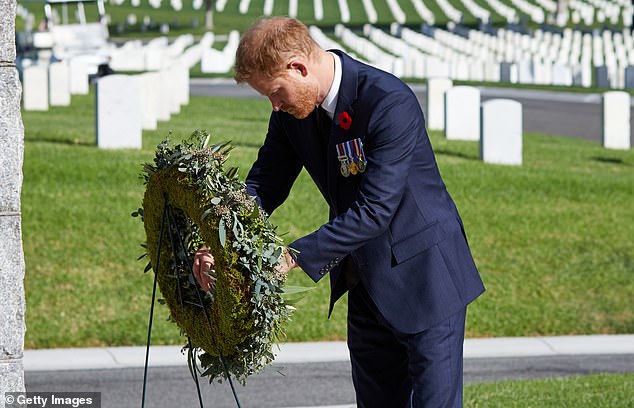 The Prince of Wales laid a wreath and also one for the Queen, who watched from a balcony with the Duchess of…