Prince Harry & Meghan Markle Are Excited to Give Archie a Sibling

Prince Harry and Meghan Markle are so excited about to have a second child. Courtesy Misan Harriman

On Valentine’s Day, Prince Harry and Meghan Markle announced the exciting news that they’re expecting their second child. The Duke and Duchess of Sussex are thrilled that they’re going to become a family of four, and are so happy that they were able to become pregnant again after suffering a miscarriage last summer.

Prince Harry and Meghan were devastated by the loss, but according to People, remained “hopeful that they would get pregnant again.” The Duke and Duchess are “overjoyed” that it happened so quickly, as they always wanted to give their son, Archie, a sibling that’s close in age.

The Sussexes can’t wait to give Archie a sibling. Toby Melville – Pool/Getty Images

The Sussexes are “super excited” that Archie will have sibling, as they’ve long planned on having two children. Archie turns two in May, and while Prince Harry and Meghan haven’t disclosed any details, a royal source told Us Weekly that Meghan is due in late spring.

If true, that means that Archie will be approximately two years older than his little sibling, which is just about the same age gap as Prince Harry and Prince William. 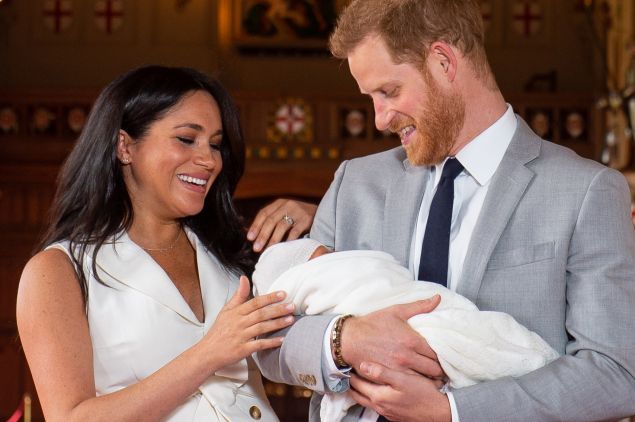 Prince Harry and Meghan are delighted by the pregnancy, though they were understandably both nervous after the miscarriage…

Why Does Meghan Markle Call the Royal Family ‘The Firm’?